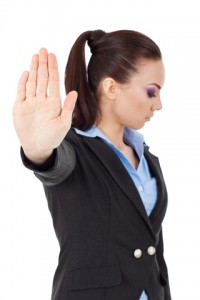 Under Illinois DUI law you impliedly consent to provide a sample of your blood, breath or urine to a police officer who has arrested you with probable cause for violating IL DUI law.  That does not mean that you cannot refuse to take such a test, but refusing does have severe consequences.

When you refuse to take an IL DUI breath, blood, or urine test you will face a driver’s license suspension, and evidence of your refusal may be used against you in court as evidence that you knew you would test over the legal limit.  This use of the refusal evidence is known as “consciousness of guilt” and may be rebutted.

Just because you refuse to willingly submit to a breath, blood, or urine test the police may still be able to apply to the court for a warrant to draw your blood against your will.  The federal government is advocating a program known as No Refusal Weekends.  Under this program, police are encouraged to apply for a warrant whenever a person refuses to provides a breath, blood, or urine sample.

When a police officer applies for a warrant he must prove to the court that you were arrested for an IL DUI based on probable cause.  While most of these warrant applications are granted all across the nation, there are times when the officers are unable to show probable cause.  Typically, these are case where the person refused to answer any questions about whether they had been drinking, and refused to perform any of the field sobriety tests.

If the court issues a warrant you must comply with that warrant and submit a sample of your blood.  If you refuse to provide a sample of your blood after a warrant has been issued the police will likely hold you down and take the sample against your will.  This can, and has, led to serious injuries in other parts of the country.  Do not fight the officer is he has a warrant.  We can challenge the validity of the warrant application and finding of probable cause in court at a later time.