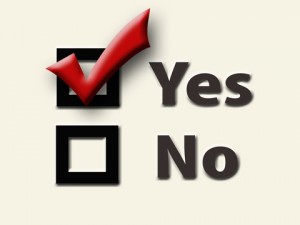 Illinois Implied Consent Law says that anyone who is in actual physical control of a vehicle on the roads of Illinois has impliedly consented to give a sample of their breath, blood, or urine to a police officer who has arrested them with probable cause to test for the content of alcohol, drugs, or other compounds in violation of Illinois DUI law.

There are several things you need to know about Illinois Implied Consent law before driving on Illinois roadways.

You Don’t Have to be Drunk

The problem with testing for drugs and other compounds is that the active ingredient of these drugs is often long sense been broken down and used by the body before the urine testing takes place. In fact, the reason the chemical byproducts are found in the urine is because your body has already used the chemical and excreted the waste material. Thus, if you take a sleeping pill tonight, and go to bed, but then get up and drive in the morning it is not at all unlikely that the discarded waste from that sleeping pill will show up in your urine if you are stopped and give a urine sample.

Of course, the active ingredient in the sleeping pill is no longer having an effect on your body, but the State will be permitted to argue that you were driving in violation of IL DUI law because the waste material was found in your urine.

The Officer Has to Arrest You Based on Probable Cause

The IL Implied Consent law requires the arresting officer to have probable cause to arrest you. If your IL DUI Lawyer can challenge the basis of this probable cause at a pre-trial hearing, then any evidence he collected after that illegal arrest should not be used against you. Thus, you can win your case by successfully challenging the basis of the officer’s probable cause.

You Don’t Have to be Driving

If You’re Unconscious the Police Can Take Your Blood

If you are taken to the hospital after an accident and are unconscious the officer can instruct hospital staff to draw your blood as evidence of an IL DUI after he has read the IL Implied Consent Warning to you. If you do not object – which of course you couldn’t – the officer is within the law to seize a sample of your blood

If you are in need of an IL DUI Lawyer then call us right now. There are several ways to defend yourself against an IL DUI including investigating whether the officer followed the requirements of the Illinois Implied Consent law. We are available right now for a free, confidential case evaluation. Don’t wait. Call now!