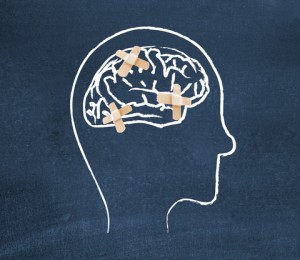 Nearly all Illinois DUI suspects are asked to perform the Standardized Field Sobriety Tests (SFST’s). These are the tests that are meant to measure whether a person has lost the normal use of their mental and physical faculties – although a growing chorus of scientists are debating their validity for that purpose. IL DUI Attorney Brian Roberts wants you to understand that there are several medical defenses to SFST’s.

The initial SFST protocol was designed and tested by the National Highway Traffic Safety Administration (NHTSA) with the purpose of making police officers better able to judge whether a DUI suspect was intoxicated. The studies were conducted by scientists using precise measuring equipment in a controlled environment. None of the test subjects were known to have had any prior ankle, knee, hip, back, neck, or head injuries.

Anyone who has suffered a concussion likely realizes that the effects of that injury have lifetime implications. People with repeated head injuries – like football players – face a lifetime of dizziness, loss of balance, and other side effects. If you have ever suffered a head injury, and have access to medical records, those injuries can be used to explain any poor performance on the SFST’s.

Two of the standardized tests are highly susceptible to misinterpretation if the test taker has suffered leg problems. IL DUI Attorneys have often heard police tell people who report a leg injury to simply, “stand on the other leg, then.” The problem with that approach, however, is that if your body is experiencing pain or struggling to maintain normalcy, then keeping the injured leg elevated is likely not a realistic expectation.

People who are overweight are generally less able to maintain balance as well as people who are physically fit. In fact, NHTSA has now admitted that these tests are not designed to be performed on overweight people. Of course, the police still administer these tests to such folks without any scientific basis of validity.

Anyone with back or neck injuries will have an extremely difficult time maintaining balance on one leg, or walking in a heel-to-toe manner. Both of these maneuvers require normal balance before the tests even begin. People with injuries that require one half of the body to compensate to the injured half will perform poorly on these tests.

If you have injuries in your past or present you likely have a valid medical defense to the SFST’s. These tests are difficult enough on the side of a roadway, often at night, and when you are nervous at the prospect of being arrested. They are virtually impossible if you have medical injuries or history. IL DUI Attorney Brian Roberts is ready to give you a free, confidential case evaluation. Call him right now to learn how he can help you fight an Carbondale, IL DUI charge.